Happy Father’s Day, everyone! To celebrate today, I wanted to write a feature on an anime Dad that I admire. I have been watching the old Cardcaptor Sakura over the past few months, and I noticed how awesome the main character’s (Sakura Kinomoto) father is.

Firstly, Fujitaka Kinomoto is a single father, which is something you don’t see often in anime. Sakura’s mother died when Sakura was little. From there, Fujitaka completely took over the household, raising Sakura and her brother by himself. He cooks, cleans, and even wears an apron. It seems like taking on some more of the traditional “feminine” family roles doesn’t bother Sakura’s dad.

He also has done a great job of raising his children. Both Sakura and her brother are hardworking and kindhearted. They are both also responsible around the house, doing chores and taking turns cooking dinner.

Fujitaka always goes out of his way to be there for his children, even though he is extremely busy. He works as an archaeology professor (which is pretty awesome), which is a demanding job. I am not sure how things are in Japan, but I have heard that professor can work up to 60 hours or more a week. On top of that, he frequently goes on archaeology digs or gives lectures at different places. Despite this, he is there for his children. One time when Sakura was sick, he came home early to check on her. He also attended Sakura’s Sports Festival, even though he has a busy schedule.

Fujitaka does a great job of being a father, but the fact he is a professor is impressive by itself. To get a job as a full time professor, he would need at least a Master’s Degree. Most colleges or universities prefer their full time staff to have a PhD, though, so I am assuming he has one. Sakura’s dad was a high school teacher when he met and married Sakura’s mom. This means he probably went through years of school while also raising his kids. That takes a lot of persistence and determination.

I still haven’t finished the entire series (it is 70 episodes), but overall, I can say that Fujitaka Kinomoto is definitely an amazing person and father. He deserves the recognition. 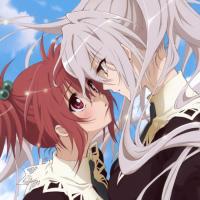