It has been two years since I started this blog. Can you believe it? It’s been one crazy journey. Please let me rant for a little bit… and then you can read some special pieces I’ve provided.

Life is weird. In 2016, I went to see Hatsune Miku live in concert. And now, two years later in 2018, I saw her again. I don’t really talk about Miku much on here or on my social media, but I am a huge fan. She’s helped me through a lot over the years.

I have seen Miku three times; I went each time she performed in NYC. However, my experience at the recent Miku concert was vastly different than my experience at the 2016 one. When I went to see that show, I was working at a job I hated and was completely miserable. But I enjoyed the concert so, so much – it was the happiest I had been in months – and  I had a sort of epiphany. I decided I wanted to make anime part of my career. And that’s what led me to making this blog! So, if you like my blog, you can thank Miku ^-^ xD

Let’s jump to now. When I went to see Miku about a week ago, I realized how much my life and career have changed in the past two years. I never really thought my dorky dream would come true, but it did! It’s just occasional freelancing, but I have done professional work involving anime (which you can read below). And my current full time job is an actual writing job, and although it isn’t anime related, I really love it and sometimes get to write about geeky stuff – even if I have to hide it within articles hehe. Anyway, back to Miku… I am going to be honest and say I cried during the concert, at both the beginning and the end, because I am truly grateful for everything and everyone. I have a successful blog (even if I don’t write on it consistently), I have written professional pieces, and I have made tons of friends! 🙂 Thanks to each of every one of you. I think it’s super ironic that the anniversary of my blog falls on #OnlineAppreciationDay because if it wasn’t for everyone, I wouldn’t have made it so far.

When I began this blog I had no idea I would still be doing it for so long. I honestly thought it would fall flat on its face .-. But I’ve managed to keep it going and that’s thanks to everyone’s support! Thank you to anyone who has read this blog, liked a post, or left comments on here or Twitter! It means to the world to me and I apologize that I am the absolute worst at replying to comments and stuff ;-; It may sound cliche, but there really aren’t enough hours in the day, and it doesn’t help that my brain is always pulled in multiple directions.

Okay, that is enough personal corniness. Let’s get back to blogging stuff. Even if it isn’t all the time, I am going to continue this blog. My main problem is working full time, and my past freelance jobs keep asking me for help… and I am too nice. And like, I said, my brain is all over the place. When I get overwhelmed, I tend to just play Breath of the Wild for hours and end up accomplishing nothing… It’s a bad habit. Anyway, in terms of blogging, I will do as much as I can. And if possible, I would like to do more collaborations, so feel free to contact me! And I will get back to you… whenever I get back to you. It’s nothing personal! ;~;

Round Up of Anime News Network Articles

Below you can read some of the convention work I did for Anime News Network. I never posted them on here, so I thought it would be good to have them all in one place. I’ll make separate posts for them… eventually. But for now, here’s everything. In these pieces, my name will read Rai Kelly (you can see my last name :O!). I hope it doesn’t seem like I am tooting my own horn. I just still can’t believe my stuff is on ANN… I might have some other stuff posted on ANN soon, hopefully. Enjoy!

I still can’t believe I met Hiro Mashima – Rave Master was one of my first manga. I am really embarrassed by the mishap I made in the interview article, but you learn from mistakes, right?

Even though the Mashima interview was surreal, my favorite interview was actually the RWBY one. I really enjoyed talking with them; I feel like we could have be good friends if we were able to talk all the time.

Batman Ninja is AWESOME!!! You need to go watch it right now. Like, right now.

I was so happy to do this interview ;O; Princess Principal is PHENOMENAL! It’s one of my favorites from last year. Tachibana-sensei seemed like he was very serious about this work and I really liked him. I had to sneak in that question about the yuri 😀

I was obsessed with FMA in middle school, so I was really happy to do this interview and watch the live action movie. The whole thing was very nostalgic. And Sori-sensei was super cool! He spoke good English and complimented my notebook that’s full of anime stickers!

If you know anything about me, you’ll know I like FEMALE idols haha. But even so, I enjoyed the interview with the producer and director of IDOLiSH7, a male idol anime. It was funny because they were so soft-spoken! It made me happy to know they’re both super successful and yet they are quiet. It also turns out that Bessho has worked on some of my favorites, like Attack on Titan and even Pretty Sammy?!

For AnimeNext, I ended up writing Interest articles instead of regular panel reports, so the the writing style will be a little different. And hopefully I will have another piece up from AnimeNext soon. I got to meet Marina Kawano and she was so awesome! She is truly unique and she has a beautiful voice.

THANK YOU AGAIN TO EVERYONE! I WILL SEE YOU AROUND~

You May Also Like: Report: Anisong World Matsuri at Anime NYC 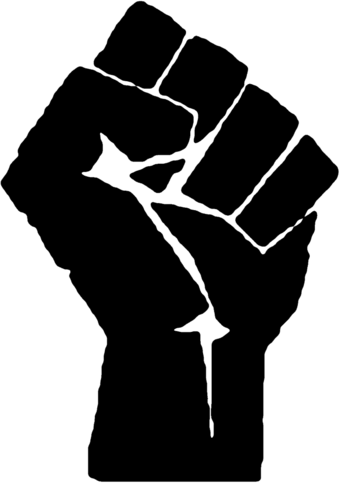 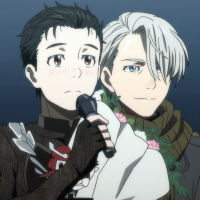