Diversity and representation have always been very important to me. I grew up (and still live) in northern New Jersey, right outside of New York City. It’s an extremely diverse area with people of all different ethnic and religious backgrounds. Growing up, my schools always held cultural festivals, and I had many friends that were people of color. Incidentally, I’ve been in an interracial relationship for the last ten years. So… it goes without saying that embracing diversity is a huge part of who I am. 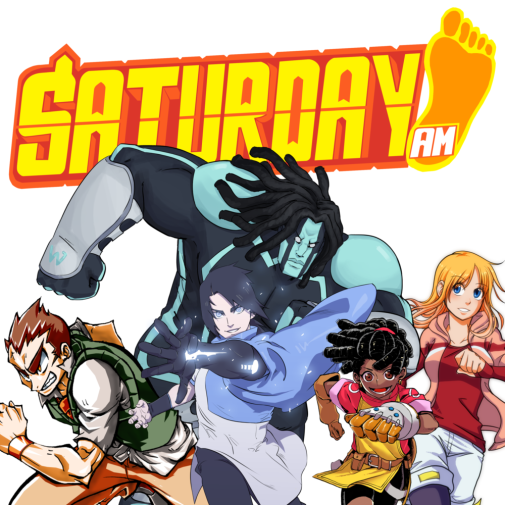 Therefore, I was extremely happy when I found out about Saturday AM, a western comic brand (from Publisher, MyFutprint Entertainment, LLC) that focuses on multicultural manga. The company was created by Frederick L. Jones who is a lifelong fan of Japanese media and is a veteran Executive of the video game industry. He was involved with marketing some of the biggest games of the original PlayStation, which automatically makes him awesome. Over time, he noticed that video games, anime, comics, and other media lack diversity and sometimes emphasize negative stereotypes or tropes.

So, in 2013, he set out to create a brand that celebrated multicultural manga, and Saturday AM was born. Not only are the characters diverse but the artists and writers are as well. There are creators from various countries, such as Nigeria, New Zealand, the United States, and so on. This was intentional. Jones wanted to cultivate talent from all over the world. His goal is to “start a new conversation around anime and manga for new generations.” He wants young fans to see characters and artists they can relate to and, in turn, inspire them to create their own works. So far, Saturday AM is doing a great job with this in my opinion.

I personally love Saturday AM’s vision because traditional manga is not the most diverse medium. This isn’t too surprising considering manga is a Japanese art form, and Japan is extremely homogeneous. Still, it would be nice if more people of color and other ethnicities were in manga. It’s no secret that most anime characters are pale or Caucasians from Europe. They are also not Japanese yet feature prominently and positively in manga from Fullmetal Alchemist to Attack on Titan and more.. And in my experience, sometimes POC characters aren’t presented as the best role models… take Sister Krone from The Promised Neverland for instance.

You could argue that manga should stay strictly Japanese since it has Japanese roots. After all, many fans, including myself, are drawn to manga because of their love for Japanese culture. But manga has almost taken on a life of its own outside of Japan. It’s read and enjoyed across the globe by people in various countries and cultures. Manga and comics, ideally, should be accessible and relatable to everyone.

Representation equals power. It makes readers feel validated and appreciated. Without it, POC or other minorities may feel left out, and it could possibly hurt their self-esteem. There’s nothing like finding a character you identify with – whether its their skin tone, sexuality, or some other characteristic – and thinking “They’re just like me.” This is why Saturday AM’s mission to create multiethnic manga is so important.

It’s nice to know there is a place cradling the creativity of upcoming artists and manga lovers. Sadly, it can be very difficult for western artists or writers to break into the Japanese manga industry. It’s not impossible, though. The creator of the No Game No Life light novels, Yuu Kamiya, is actually from Brazil. Then, there’s Felipe Smith who created Peepo Choo, one of the first serialized manga in Japan that was made by a foreigner. And don’t forget that RWBY, an American production from Rooster Teeth, has its own manga and is very popular in Japan. Unfortunately, however, it’s still very rare for non-Japanese creators to get published.

On the bright side, Saturday AM is an outlet for artists and writers outside the land of the rising sun. Someone can potentially make their own work without having to travel to Japan and learning the language, though that would be impressive. And during specific times of the year, anyone can submit their manga idea to Saturday AM as long as they have art experience and are serious about creating a comic. You never know – you could get published! Knowing companies like this exist makes me optimistic. I’ve considered writing my own manga (emphasis on writing; I can’t draw) but also know how difficult it can be. All hope is not lost for prospective creators from the west.

Maybe you’re into drawing manga or anime but aren’t quite ready or interested in making your own comic. Well, Saturday AM hosts an annual contest where pop culture fans can submit their artwork and compete against other fans. Not only that, you can win cool prizes like an iPad. It’s a fun way to share and feed off of everyone’s creativity. Plus, you could potentially get recognized for your work and gain more followers if you do well in the contest. Professional artists from Saturday AM will also be acting as judges and even instructors. It’s an extremely popular competition that gets a lot of traffic – it’s the world’s biggest fan art tournament – so you’ve got nothing to lose. 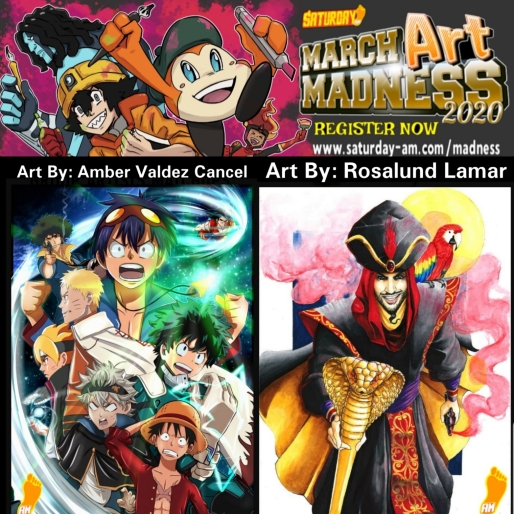 March Art Madness 2020 will start soon, so aspiring artists should definitely check it out. As a side note… all of the previous winners have all been male. If you’re a female artist, you should enter and try to claim the title of the first woman winner ;D

Let’s Talk about the New App

Now it’s time for an overview of the new Saturday AM app. Originally, its series were only available through a computer but now the official app is free to download on iOS, Android, and Kindle. Its layout and structure are pretty similar to other mobile manga apps like Shounen Jump or Manga PLUS. Some things are free to read while others require a subscription plan or a flat fee. The good news is that the prices for both are very reasonable, even if you’re on a budget.

One of its main differences from other manga apps is that Saturday AM has digital magazines or anthologies. Just like manga publishers in Japan, they release an issue with the latest chapters of their different series. You can also purchase tankobans (called Saturday TANKS), multi-chapter packs (called RETRO Issues) and / or full volumes, for longer running series, such as Apple Black.

When you download an issue, you can read it directly in the app and don’t have to worry about PDFs or using a separate reading app, which is convenient. As for the selection, there are a lot of different series to choose from. Almost all of them have POC characters and/or creators with diverse backgrounds, which is awesome! Especially if you’d like to see more characters like that.

There’s also a wide array of genres. Overall, the series mostly falls into the realm of shounen, but there is everything from fantasy, magic, superpowers, material arts, sports, supernatural elements… you name it. The art styles are varied as well. The amount of creativity and talent is honestly amazing.

Finally, but certainly not least, I’d like to mention something else I am excited for. First, there is a new series called Orisha, which will be the first manga to take place in an African country. I plan on reading it and discussing it here very soon. It’s currently available for free in Issue #115 on the Saturday AM app.

And then, later on in 2020, Saturday AM will be releasing a new magazine called Saturday BRUNCH that focuses entirely on LGBT stories. I cannot wait for it! They are looking for new LGBT content for the magazine. So, if you’re interested in possibly making an LGBT manga, you should check out the BRUNCH link and submit your idea!

All in all, Saturday AM is doing some very innovative things. It’s a cause that I support very fervently, and I’m thrilled to see what they have in store. And if you’re passionate about diversity or manga in general, you should be too.

5 thoughts on “Saturday AM: Manga for a Multicultural World” 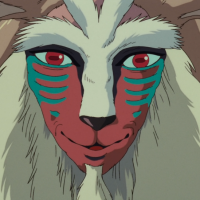 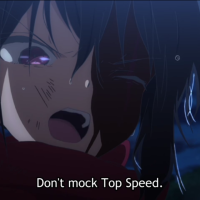 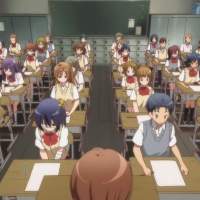